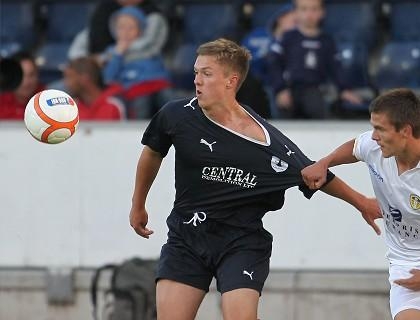 Bairns prove a cut above Clyde

Falkirk cruised through to the second round of the Scottish Communities League Cup with a comfortable 3-0 win over Clyde.

Chances were at a premium in a poor first half, with neither side able to create too many genuine opportunities.

Michael Daly had an early effort for the visitors but could only blaze over the top after working himself into a promising position.

The hosts responded through Philip Roberts, who drew a fine save from Nikola Rajovic before Rory Loy fired over from the rebound.

Bully Wee midfielder Ryan MacBeth had the best chance of the period but was unlucky to see his effort come back off the woodwork.

However, it was the Bairns who finally broke the deadlock on 73 minutes when Blair Alston fired in from close range.

Roberts doubled the advantage six minutes later with a fine strike from the edge of the area before Thomas Grant's emphatic finish topped off an impressive performance.